Is It Time To Clean Your Chimney? Watch For These Warning Signs

It's the time of year when people start thinking about chimney cleaning. While some may think of it as a dreaded task, it's important to remember that chimney cleaning is an essential part of home maintenance. A chimney that isn't cleaned regularly can lead to a number of problems, including chimney fires and carbon monoxide poisoning.

That's why it's important to find a good chimney cleaner who will do the job right. Here are a few signs that it's time to set up an appointment with a chimney cleaner.

Unusual Smells Coming From Your Chimney

If you notice an unusual smell coming from your chimney, it could be a sign that something is stuck inside and needs to be removed. It could either be an animal that has made its way in and can't get out. The overwhelming smell of a dead animal can make your home practically uninhabitable.

Sometimes, a chimney can also become clogged with creosote, a combustible by-product of burning wood. Creosote is a highly flammable substance that can easily cause chimney fires. It often carries a distinctive smell that can be difficult to ignore.

This buildup should be professionally removed to ensure chimney safety. A chimney cleaner can determine the source of the smell and make sure any blockages are cleared out.

Smoke Coming From Your Chimney

When smoke is visible while the chimney is in use, it's often a sign that something is wrong. A properly functioning chimney should draw smoke up and out of the chimney with no problem. If you can see smoke billowing out of the chimney, it is likely a sign that there could be a blockage in the chimney flue. It could also be a sign of chimney deterioration due to age or weathering.

Either way, it is something that needs to be addressed by a chimney cleaner. The cleaner can go up on the roof and inspect the chimney to see if there's any reason for the smoke. This step requires specialized knowledge and should not be attempted by an inexperienced homeowner.

If you notice any of these signs, it's important to call a chimney cleaner as soon as possible. A chimney cleaning will help keep your home safe and ensure that your chimney is running at optimal efficiency.

Don't hesitate to contact a chimney cleaner if you're having any chimney issues—it could save you from a dangerous chimney fire. Also, take the time to find a qualified chimney cleaner and keep your chimney in tip-top shape! 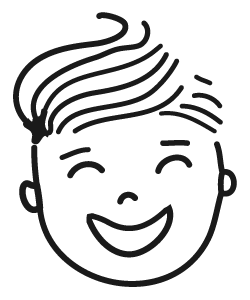 For a few years, I really struggled with a business that I came up with. I thought that it would be great if we offered ride services to people who needed help to and from nursing centers, but I was slow to realize that most facilities already offer this service. I started talking with different business professionals to figure out what to do instead, and I got some really excellent ideas from friends and family members of mine. I realized that they had some incredible ideas, and I wanted to make an entire website dedicated to their genius. Check out this blog for more information.